IVANOVIC URGES LUKAKU TO STAY AT CHELSEA AMID BARCA LINKS

Romelu Lukaku has reportedly emerged as an alternative to Robert Lewandowski for Barcelona, who will look to sign the Chelsea forward on loan. According to a report by Spanish publication Mundo Deportivo, Romelu Lukaku is the subject of interest from Barcelona over a possible move in the summer transfer window. The Catalan giants view the Chelsea forward as an alternative to Robert Lewandowski, with a loan approach on the cards. 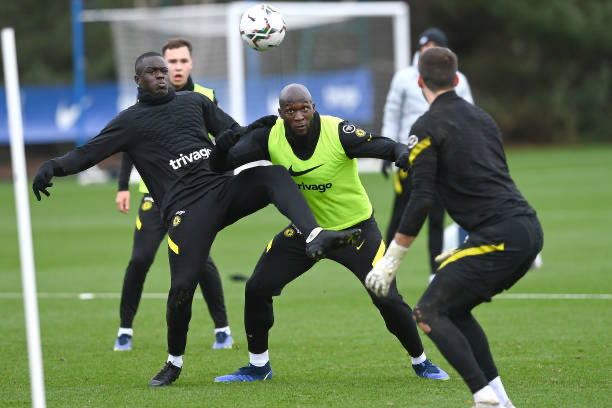 Romelu Lukaku rejoined Chelsea from Inter Milan last summer, hoping to address unfinished business at the west London club. But the 29-year-old has struggled to get going at Stamford Bridge, with an untimely injury and poor form hampering his progress at Chelsea.

Lukaku managed a paltry tally of eight goals in 26 Premier League appearances for Chelsea, falling below Kai Havertz in the pecking order for strikers. And the Belgian international’s second stint with Chelsea could end after one year, with several high profile clubs across Europe, including FC Barcelona, alerted to his potential availability.
The interest from Barcelona comes in the wake of the Blaugrana encountering a few stumbling blocks in their pursuit of Robert Lewandowski. The Polish international has become a priority target for Barcelona this summer as they look to sign a new top-class striker.
But with Bayern Munich repeatedly insisting they will not sell Lewandowski, a summer move might not see the light of day, even though the veteran striker is keen on joining Barcelona. Lukaku has thus emerged as a viable target for Barcelona, despite his struggles at Chelsea this past season.
The Chelsea forward might not be the ideal fit in Xavi Hernandez’s system, but he will add goals by the truckload at Camp Nou. And Barcelona will likely pursue a loan move for Lukaku if they fail to sign Lewandowski from Bayern Munich in the summer transfer window. But former Chelsea atsr Ivanovic has hrged the big Belgian to remain with the Blues as he's pivotal for them.