Zenit is yet to play its first game under the new boss Mancini, but, the skipper of the club Domenico Criscito is showering praises on him already.

Mancini has been roped in by Zenit on the place of Mircea Lucescu whose solitary season in charge was not very successful. Under him, the Lions failed to make it to Europe as they finished no. 3 in the standings of the top tier. Serbia international Branislav Ivanovic is confident of bagging a victory over Wales in their World Cup qualifier against Wales on Sunday.

Chris Coleman's side will be without the services of Gareth Bale through suspension, and this could provide Serbia the edge over their European counterparts.

Despite Premier League leaders Chelsea clear to lift the title this week, head coach Antonio Conte has said that the team was still building.

Conte could do a double this term in winning the league and the FA Cup – though they have Arsenal to contend with – but he insists that more is yet to come as the team was in “transition.” Premier League leaders Chelsea are in search for a replacement for right back Victor Moses after the Nigerian picked up an injury that seemed to rattle the team. 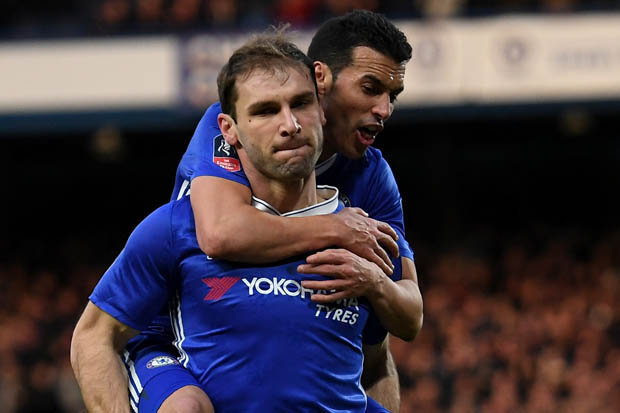 Former Chelsea defender Branislav Ivanovic believes that his former teammates would now prefer to play alongside Carlo Ancelotti rather than under Jose Mourinho.

In fact, the Serbian has even gone to suggest that Ancelotti will be the preferred choice of players wherever he goes. The glowing praise comes from a player who has played under some of the top managers in world football. Even which has played under the likes of Luis Felipe Scolari, Guus Hiddink, Ancelotti, Antonio Conte, and Jose Mourinho in his almost decade long time at Stamford Bridge. Even which has recently brought his time at Stamford Bridge to an end after securing a move to Zenit St Petersburg.