Spanish heavyweights Barcelona are reportedly planning a surprise winter approach for Zenit St Petersburg defender Branislav Ivanovic as they seek to overcome the concerns at the heart of the defence. The Catalan giants have managed to recover of late with Samuel Umtiti returning from a lengthy knee injury but there remains the lack of depth with Thomas Vermaelen still on the sidelines. 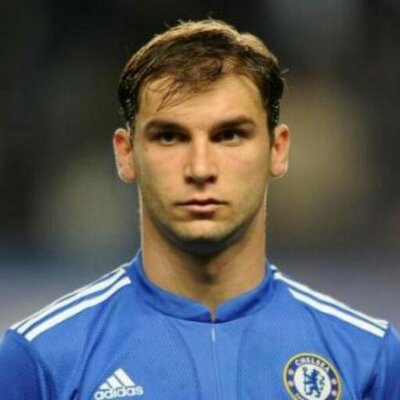 Amidst this, the Spanish champions have been linked with several high-profile players to fill the void but according to Goal.com, Ivanovic has been highlighted as a cut-price to fulfil the role. The former Serbia international presently has only eight months remaining on his existing deal with Zenit but the club are likely to exercise the option of a one-year extension.

Nonetheless, the prospect of joining a club of Barcelona’s calibre could be tempting for the former Chelsea star and it remains to be seen whether the Blaugrana can reach a mid-season agreement with Zenit for the veteran defender. Ivanovic, who would be turning 35 in February, has managed nearly 450 appearances over the course of his club career.

“He has also racked 105 caps with the Serbian national team but announced his retirement shortly after the country’s disappointing group stage exit at the summer World Cup.“ Meanwhile, Barcelona have experienced a mixed run of results since the start of the current season and “they have already lost“ more games (two) than the entirety of the previous campaign.

Despite this, they are currently holding a slender one-point advantage at the top but they face a tricky challenge on the road to Atletico Madrid over the weekend. The Blaugrana have generally managed to avoid defeats against the upcoming opposition and they should fancy their prospects of three points on Saturday evening, given Atleti are currently suffering a defensive crisis. Diego Godin has already been ruled out for the encounter while Jose Gimenez, Lucas Hernandez, and Stefan Savic remain potential injury doubts alongside Juanfran.